How wonderful, timely and surprising it was to receive a letter meant for all US Society members from Virginia Sease, emeritus member of the Executive Council of the Goetheanum in Dornach, former Council member from the US Society, long-time Waldorf teacher at Highland Hall School in Los Angeles, as well as researcher and author. As an American who has now lived for quite some time in Switzerland, she brings a unique and loving perspective to the electoral landscape in which we in the US find ourselves immersed these days. In her letter she renders a new and refreshing perspective on Rudolf Steiner’s “Verse for America.” She sees it as both meditation and prayer, a deep combination of soul and spiritual forces that can serve as a centering guide as we navigate the ever-changing political terrain we call election year. The letter follows here and I hope you join me in appreciation of the wisdom it carries from a friend who may live afar but carries a connection to the close and diverse realities of US culture.

Dear Members and Friends of the Anthroposophical Society in America, 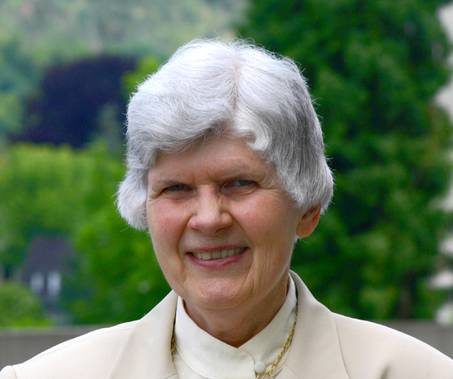 We may regard the current situation in regard to the future leadership in the United States as one necessitating deep reflection on the part of each citizen. Regardless of one’s personal persuasion it is incumbent on each individual to cherish the hope that the right pathway into the immediate future and also beyond may be realized.

Today many people work with this Verse privately and in groups and branches of the Anthroposophical Society in America. I would like to suggest that members and friends who are concerned about the destiny of America at this time, direct the thoughts which are within this Verse especially to the beings of the Third Hierarchy who may then be able to form this meditative effort into a positive direction. This Verse is actually both a meditation and a prayer.

From my perspective as an American citizen living now almost 36 years in Switzerland I experience frequently how people from many parts of the world while visiting the Goetheanum express their questions and concerns about my homeland.

These few words come with my grateful thoughts and my good wishes for everything which each person can inwardly contribute at this time.

With many warm greetings,

May our feeling penetrate
Into the center of our heart,
And seek, in love, to unite itself
With the human beings seeking the same goal,
With the spirit beings who, bearing grace,
Strengthening us from realms of light
And illuminating our love,
Are gazing down upon
Our earnest, heart-felt striving.

Posted in Anthroposophical Society, Goetheanum and tagged GS-Blog
← Legacy Circle News: Erika AstenOnline Community Gathering ~ If Our Courage Is Not To Fail Us →