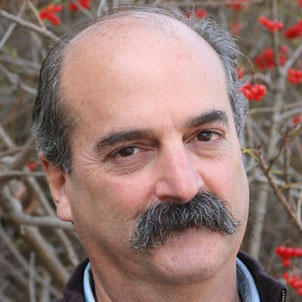 Not only in this country, but world-wide, so much is happening with great intensity and it is a lot to absorb as every experience is layered with complexity. There is a kind of static in the air that brings lightning where it normally does not happen in the environment, and there is interference in the inner space that sometimes feels disempowering. If you are experiencing something akin to this, I wish I could offer immediate comfort, but these are not comfortable times. It feels as if every thought has to be fought for, and every feeling wrested from the field of emotion or reaction. I have to ask, with whom or what am I fighting? Once asked, this becomes a pointed question given the Michaelmas season.

Courage, of course, is a key part of the Michaelic attitude. Courage is necessary to work with and transform the forces that take the shapes of doubt, fear, anger, and hatred. For anyone paying attention to what is unfolding in the cultural, political, and economic environments, there is ample evidence for the presence of these forces. Beyond the evidence, there is the work of recognizing, owning, and transforming those same forces as they may be reflected in and inhabit our inner life. This is to say that the courageous work needed now—perhaps more than ever—is in both the social and the spiritual realms. Staying present for oneself so that one can be present for others might be another way of looking at this.

Courage is also needed to lead us to clarity on what is essential in cultivating a world that values and practices spiritual freedom and recognizes the dignity of every human being. In how we meet others, we also stand in the confluence of the spiritual and the social. By that I mean that in order to work together we need to find agreements that stand between and connect us even as our individualities operate in earthly separation while we work towards spiritual freedom. Moving from the I to the we is a social challenge for our time. Knowing what to do, what steps to take requires a certain discernment and willingness to slow the pace of life down to the speed of consciousness and relationship. For me, trusting the rhythms and intelligence of the heart are navigational guides.

Courage stands between fear and recklessness as an inner condition, and arises through the guidance of the heart, which leads us to recognize natural and conditioned fears and the power that those fears bear on us, and at the same time to admonish us against acting in a manner that would be considered blindly foolish or unconscious. Courage, even in its origin as a word, is centered in the human heart. Therefore, courage also gives rise to the capacity for reflective self-knowledge that is uniquely human, and like all human capacities is in need of cultivation.

Courage requires imagination to see or sense beyond what may be an adversarial present, and further to trust that imagination as a guiding hypothesis for action. The scope of courage invites inspiration from that imagination, a motivating force to overcome fears, doubts, even anger. This is not to say that this is easy work. Sometimes the strengths of our convictions interfere with others’ freedom; to realize this occasions another level of sensing and social discernment and engagement.

So, what might a practice look like in order to engender courage, for ourselves, and with each other? What might some considerations be for such a Michaelic attitude? I would invite you to work with the activities listed below or create your own. Being brave and persevering in the face of physical challenges and taking right action grounded in love and moral discernment, use these suggestions as tools of reflection and guidance. Most important: work with them in community.

Consider the guidance of the heart: The mind thinks it loves; the heart loves before the thought. Courage is a manifestation of that love. It is both a higher principle of the moral world embodied in the Christ-being and guided for us humans in the beings of Michael and the Sophia. Love is also a mediator between the spiritual and social worlds. Such love is never about power over, but rather power with. Even though we often see depictions of Michael overcoming the beast, it is the courage of “battle” that is our task at hand. And it is as much an inner battle as it is an outer one. If we are to strive toward freedom in everyone’s spiritual and cultural lives, equity and equality of rights for all, and compassionate interdependence in economic life, the principle of love must accompany them all. While Michael can support our initiative and courage, the nature of the battle is initiated and sustained when we can surrender to the wisdom of our hearts. In this act we will find each other and the strength of new Michaelic community to face the challenges so evidently before us and within us.